It’s pretty awesome to see a write up on your work from a totally unexpected source! When I ran across this post A yummy bilingual social campaign and website, I Love Avocados / Amo Los Aguacates, I was happy to see our work for client, Avocados From Mexico highlighted by another agency. Thanks Content Hunting!

As noted in the article, we use two hashtags, one in English #Iloveavocados and one in Spanish #amolosaguacates and though not noticed by the author, we do both tweet and post on Facebook in both languages… though a lot more in English – reflecting the nature of the mostly 2nd and 3rd generation, English dominant, digital Latina. 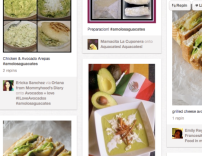 Managing an effective digital campaign, requires looking at every piece of your digital program and integrating it into the program…times two if the campaign is bilingual! So, for Avocados From Mexico, each platform and each social media site gets in on the act on every promotion we run.

So nice to hear these words:

All in all, a very well managed campaign! And now I’m hungry… 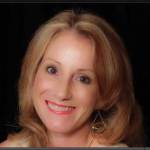 Maryanne Conlin is CEO of RedRopes Digital and Partner Digital Strategy with 4GreenPs. Contact her today for information on building better digital campaigns!

I came across an article from PRSA today, that discusses a reality that those of us who work in Hispanic marketing often discuss and share with our clients.

The new diverse: multiracial and bicultural

As marketing moves more and more online, this is readily apparent in the ways that we approach the leaders and influencers online. For instance, the majority of the Hispanic population in the United States is bilingual or English dominant. Like immigrants coming into this country for centuries…after the second generation, the dominant language becomes English. Unlike prior generations, immigrants from many parts of Asia and Latin America (and in selected cities in the U.S, from anywhere in the world), can retain their culture and integrate their language into their everyday lives.

That doesn’t mean that English and American culture is not their dominant culture, it just means that this generation has the opportunity to keep their culture a little closer than immigrants past. For me, this means that “Spanglish” is often the best way to communicate with this target market. Not pigeon Spanish, but rather the fluid mix of English and Spanish used by those of Hispanic origin born or raised here.

This, is of course, not exclusive to this community. In any gathering of immigrants from Germany to India, the conversation flows back and forth between languages. For the well educated, progressive leaders of the online Hispanic community that understanding goes a long way toward making decisions about how, when and where to reach this market. Univision – yes. CNN – si!